Well it’s been a while since I last blogged! My twin boys are definetely keeping me on my toes. Since I last blogged we have seen the following developments:
Dylan:
has four bottom teeth and two teeth just breaking in!
started saying mom/mama
likes to yell really loud to get our attention.
is crawling like a machine
is getting up on things.
weighs 22.5

Caden:
started crawling on January 3rd finally!
still likes to roll around on the floor
has been saying mama for a while now.
weighs 23.5 lbs
has 4 bottom teeth and two breaking in on top like brother.

We are less than two months away from my boys first birthday! I’m in disbelief over it. Where has the time gone that we are know looking to celebrating our first year of surviving…I mean their birthday! LOL!

It seems like once we moved here to Hemet the months have flown. The boys were just 6 months when we moved here- SIX MONTHS! Now it’s January 2010 and our boys are a huge 10 months old with 6 teeth!  My goodness, next thing I know they’ll be 18 and going off to college with hopefully more than 6 teeth!!!

It’s a mixed blessing seeing my boys grow up so quickly. I love it because it means they are becoming more independent (sort of :o)) and it’s sad because it means their becoming more independent.
I can already see that Dylan is our explorer and adventurer- he likes to explore the terrain and see what he can uncover or get into. Caden is more of an observer. It takes him a few minutes to go and explore. He’s rather content just sitting on the floor and playing with whatever toy is in front of him.

All in all my boys are developing and becoming their own little person! I love it but I know I’m gonna miss them being so little. I guess I need to enjoy each day- challenges, giggle, diapers and all!

This site uses Akismet to reduce spam. Learn how your comment data is processed. 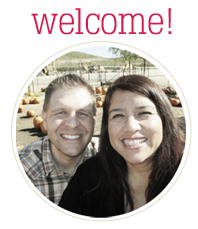 So glad you're here! My name is Liz, I'm wife to Aaron, mom to two amazing twin boys and a person who loves Jesus! I write about learning to live, love and thrive at things that come my way with God's help! Read More...

Receive my latest posts in your email!

All personal photos and words are copyrighted 2009-2017 by Liz Barber.Personal photos from this blog may NOT be downloaded or used on another site or in any other manner without my express permission. If you find useful information on my blog that you'd like to share please create a link to my blog .It is NOT ok for you to copy and republish my posts, in part or whole without my express permission. Thanks!